"Of All the Times to Leave" (Hunter)

Swept Away was released on the Atco Records label (Atlantic Records) in 1977, after Jerry Greenburg, the President of Atlantic approached Steve about doing a solo album and Steve asked Bob Ezrin to produce it which he did with Brian Christian. Difficult to find. 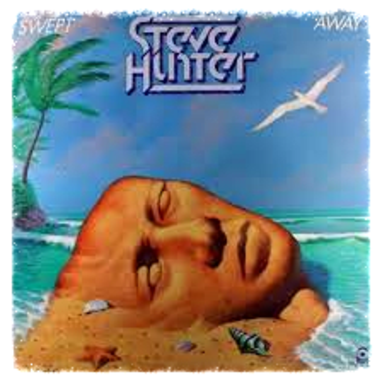 BACK TO STORE
BACK TO DISCOGRAPHY
BACK TO TOP

BACK TO TOP
View on Mobile