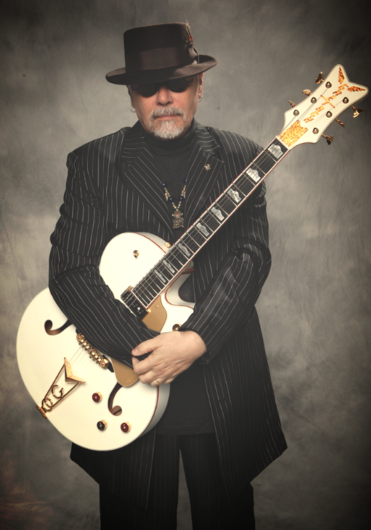 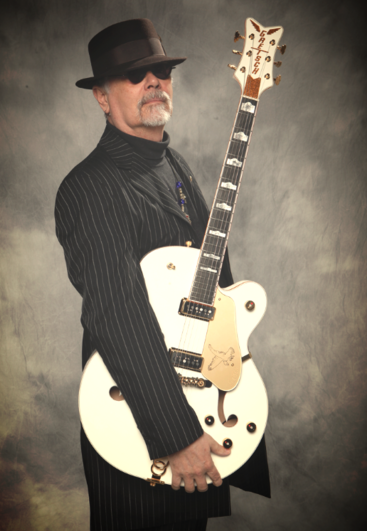 Ryan: How did you come to acquire the nickname of The Deacon? Who gave you that?

Steve: That’s easy. That was a joke. Bob Ezrin called me up one time… now Bob and I had worked together on a couple of things and then there was a lapse of maybe about nine months or so where we hadn’t talked to each other. He was off doing other things and so was I. He called me up one day to do an album, I forget whose it was, but he called me up and he goes “I haven’t seen you in you in nine months, you’re not drinking or doing drugs are you?” He was just kind of messing with me you know? I said,“Nope, I’m still the Deacon of rock ‘n roll”. I said it as a joke and he thought it was hilarious. So when I went into that session that’s how he introduced me to everybody. It just stuck. I used to bless the sessions and stuff like that, it just got really silly. I did a Dr. John album back in the 70’s and that’s all he called me was The Deacon. He didn’t call me anything else. It was a joke and I liked it, so I kept it. I use it as the name of my publishing company Deacon Songs, so I use it a lot.

​​Steve has contributed to ten Alice Cooper albums, starting in 1973 with Billion Dollar Babies and featured heavily on the new ‘Welcome 2 My Nightmare'. He completed a World tour with Alice in 2011 but left at the end of that year to write and record his solo album 'The Manhattan Blues Project' He is  on the 2017 Alice Cooper release 'Paranormal' and the 2021 album 'Detroit Stories'

In 2014 a live DVD/CD (Tone Poems Live) was released with Tony Levin (bass) Phil Aaberg (keyboard) and Alvino Bennett (drums) for a project funded and produced by Brian Brinkerhoff.

After the sad loss of his old boss Lou Reed in late 2013, Steve was featured in a documentary about Lou for a BBC4 Documentary by Chris Rodley called 'Lou Reed Remembered'.
In 2015 after gathering the required evidence, Steve's wife Karen managed to get some long overdue performance royalties for Steve established with the UK based Society PPL for some classic solos that he had never been given credit for, including the opening solos on Aerosmith's 'Train Kept A Rollin' and six 'Billion Dollar Babies' tracks.

Hunter also works on music for licensing out to TV and Film as well as Chillout projects with Karen under the name 'Rue la Mer'.
Steve Hunter is legally blind with Pigmentary Glaucoma, he finds live work more difficult but not impossible as the disease progresses but he continues to do sessions, compose,  and produce new music.
He has a reputation for being somewhat reclusive, but is loved by his friends for his humble nature, his dedication to his art and his playful wit. Steve has requested that all text on this website be as easy to read as possible for sight impaired visitors.

In 2019 Steve composed and played the soundtrack for an audio book by Hamlet Sarkissian, called 'Lover's in the Fog', it is available on most platforms including Amazon.

The World is still facing the restrictions of Covid19, Steve has continued to record at home, producing an EP of cover songs called 'Covered with Love' under the guise of Cafe la Rouge.

With guests Tony Levin on Bass and Karen Hunter on Vocals.

Steve taught at The Musicians Institute in Hollywood for two years as a private tutor. He credits the late great LA guitar teacher Ted Greene with renewing his interest in playing after a low period in the 80's, he took lessons with Ted for about four years.​ 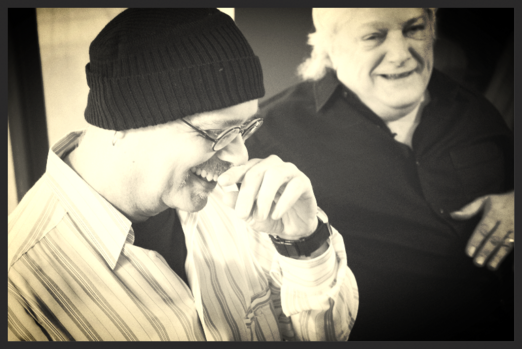 "My fingers are built for pleasure not for speed" Steve Hunter

Photo Of Steve And Dick  By Cari Lutz

​​Steve Hunter (The Deacon) was born in Decatur Illinois in 1948, at age 19 he was drafted into the US army and deployed to Okinawa, Japan, where he worked as an x-ray tech in the air vac hospital. Having learned to play the lap steel from eight years old he had moved on to guitar and continued to play as much as he could whilst in the army.

Since the 70's he has been quietly contributing his expertise, style and tone to other people’s albums, including Peter Gabriel, Dr John, Jack Bruce, Lou Reed, Tracy Chapman and Alice Cooper.

Starting with Mitch Ryder in 1971, when he did an arrangement of Lou Reed's 'Rock and Roll' for Ryder's 'Detroit' album, which caught the attention of Reed who promptly sought out both Ezrin (Producer of Detroit) and Hunter for his follow up to Transformer, 'Berlin'. Hunter's reputation grew through Rock but his heart has always been in Blues. He fondly remembers seeking advice from one of his idols, BB King.​ 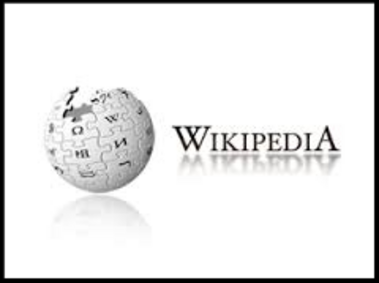 Steve worked alongside the late Dick Wagner (Alice Cooper, Lou Reed) from 1973 to 1978.
"The really strange thing about the two of us was that we had similar backgrounds and influences, and yet we always thought opposite of each other. For example, I would play in one position, and Dick would just automatically go to another position without us having to talk about it. That made it really easy to work together. With other guitar players, I’d always have to work those things out. But I never had to do that with Wagner". steve hunter 2014 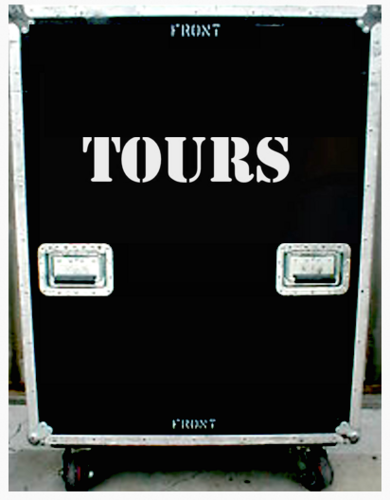 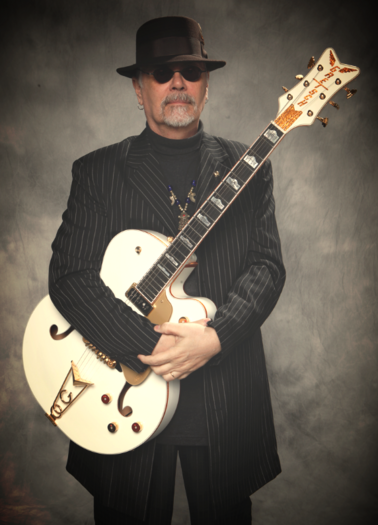