Steve talks about the recording of 'Steven' on Alice Cooper's 1975 album 'Welcome To My Nightmare' in his September article in Guitar Player Magazine which is now online.....

I need to say once again how utterly incredible the Peter Gabriel Sting concert was at the Hollywood Bowl. It was without doubt the best show I have ever seen in ALL ways. Great sound and lights, incredible musicians all those wonderful songs and of course the performances by Peter and Sting were the very best. It's so awesome to hear really good singers sing a really good song without feeling the need to go off on some ridiculous vocal gymnastics tangent or scream bloody murder. It was absolutely fabulous. And seeing my old boss Peter again after many years was wonderful. And hangin with my pal Tony Levin...and even saying a quick Howdy to Mr Sting. God Bless!...steve

Steve explains the inspiration behind 'The Manhattan Blues Project'.

UPDATE: YOU CAN NOW READ THIS ARTICLE ONLINE HERE

The October Issue of Guitar Player Magazine is on it's way to the shelves! Steve's monthly article is about the recording of the
'Some Folks' solos on 'Welcome To My Nightmare'.

WATCH THIS INSPIRING, FUNNY AND INFORMATIVE INTERVIEW WITH STEVE HUNTER.........

Billboard Give Steve  A Shout Out On The 40th Anniversary Of Solsbury Hill:

​"Part of the reason the song's unusual time signature works is because it's all in the guitars -- that gorgeous spider web of an acoustic riff (played by Lou Reed and Alice Cooper guitarist Steve Hunter) circling the song's perimeter and providing its pristine, immediately recognizable framework"

A Lou Reed Remastered Box Set is due to be released on October 7th 2016. It includes two albums that Steve Hunter played on: 'Berlin' and 'Rock 'n' Roll Animal'

A couple of weeks ago I received a private message via my FB fan page from a guy named Richard. He told me he had a friend named Tony who was dying of inoperable liver cancer. He had asked Tony that if he could speak to any one of his guitar heroes, who would that be. Tony said Steve Hunter. So Richard asked me in the message if I would be willing to call and speak with Tony. I said, of course just pick a good time for Tony. That wasn’t easy. He was having lots of problems including kidney failure.

I didn’t hear from Richard for a few more days and then today (Monday) we got a call from Tony’s sister Juanita asking if we could speak with Tony today. Of course. I called Tony and we had a short but very special conversation. He told me how much he loved my version of Eight Miles High off my first solo album. And he also mentioned seeing me play with Davey Johnstone on Alice Cooper’s Mad House Rock tour. It wasn’t long though before he got so weak it made talking difficult. The call was a little over 5 minutes.

Tony passed away a little over 5 hours later. That all had a profound effect on me. It seemed as if every single note I had ever played on guitar was meant for that phone call. I suddenly realized that he had given me a most profound and beautiful gift. He knew he was dying but gave me 5 minutes of what life he had left. Our conversation was all about music but it was beautiful and spiritual like nothing I had experienced before. I knew nothing at all about Tony but for 5 minutes we had connected through music...complete strangers. I will never forget that call...another part of the gift from Tony. In the name of God Tony, please rest in peace, and thank you, man…steve

Out of the extraordinary circumstances of Covid19 that kept him in lockdown at his home in Spain for three months, renowned guitar player Steve (the Deacon) Hunter came up with an idea to pick half a dozen classic songs and give them a whole new coat of paint.

Steve used skills learned over the last 45 years in recording studios around the World, working with artists like Peter Gabriel, Lou Reed Alice Cooper and Tracy Chapman, to come up with these musical gems.

A cocktail of influences and styles, glued together by his outstanding gifts as a musician, arranger and Producer. Steve’s old compadre, bass player Tony Levin, stepped in as a special guest and added a bottom end to die for. So, along with Steve’s wife Karen Hunter’s smokey vocals, he had a recipe for six tracks of delicious ear candy.

Between them they have conjured up a little slice of Blue/Jazz Heaven that Steve calls his ‘Cafe la Rouge’ Project.

You And All Of Your Friends (slide solo) 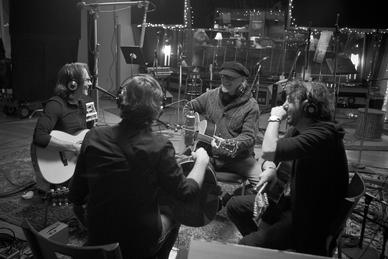 In celebration of Lou Reed's remastered box set, MOJO MAGAZINE include a free CD of Lou songs that include 'How Do You Think It Feels' and 'White Light/White Heat'.

Most of you guys know I served in the US Army from 1968 to 1970 during the Viet Nam War. I served as an x-ray tech in the US Army hospital on Okinawa. Most of our patients were, of course, wounded from that war. One day I was sitting at a table across from the chow line in the hospital cafeteria about to have my lunch. In the chow line were about 15 or so ambulatory patients who had come down from the wards to have their lunch. Some were on crutches...some were missing an arm...and some of the others looked like they were doing pretty well, all things considered, with no obvious signs of trauma. Suddenly, one of the kitchen staff dropped a tray, which made a pretty loud bang. Almost all of those patients hit the floor...some screamed. When they realized where they were, they helped each other back onto their feet and went back to the business of getting their lunch. I saw the face of one of the guys right after he got back to his feet. All color had gone from his face and the look of sheer terror in his eyes for that fleeting moment, I will never forget. He was probably 20 years old, as was I at the time. I realized, for these guys and all the others who were in combat during that horrible war, they would never be the same. And neither would I for that matter. I heard not long ago, someone say that our Vets with PTSD were “weak” or “they couldn’t take it”. Obviously, that person has never been anywhere near a combat zone or been in a war. Maybe putting this person in a set of desert camo fatigues, handing him a fully loaded AR15 and dropping him in the deserts of Iraq or Afghanistan, let’s see how long before that look of terror hits his eyes.

NONE of our Veterans are weak. They are, every single one, heroes who know the real and personal meaning of courage. To that 20 year old in the chow line and to all our Vets from all wars, men and women, YOU are the meaning of courage, bravery and sacrifice and we all owe you gratitude beyond words.

Please hug a Vet today and thank him or her for their sacrifice...steve. 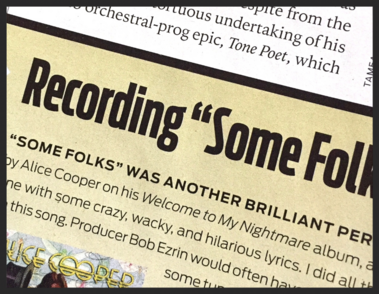 NOW AVAILABLE ON AMAZON and  iTUNES

Eight bars of this composition was played live by 'The Rose Band' in the Bette Midler movie 'The Rose'.

Now you can hear the entire track, recorded as a full band demo in 1980.

STEVE HUNTER VIDEO INTERVIEW!
You can now watch Steve Hunter talk about his music, his life and his career. We would like to thank 'Down The Highway' for giving us all the chance to have this ringside seat to Steve's extraordinary story!  At the end Steve and Ian Harrower play some Blues, it's informal, intimate and inspiring.
With special thanks to Joe Carducci and Gretsch Guitars
​

You can check out the campaign  HERE​ 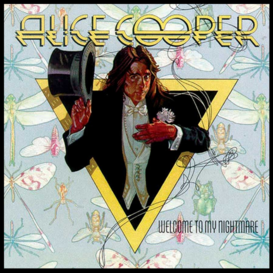 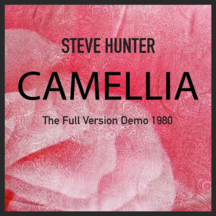 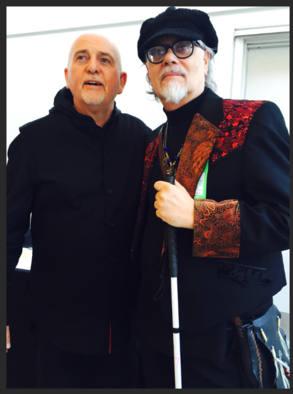 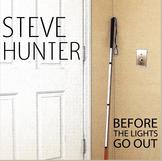 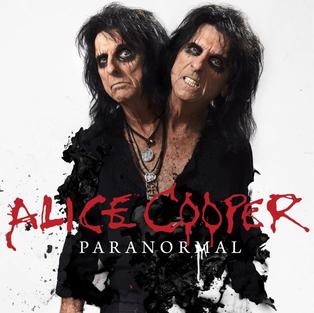 With Steve Hunter and Joe Bonamassa

Steve has released an EP of six classic song covers​

Steve was reunited with a few old friends on a session in LA at the Henson Studios. The project was with Brett Tuggle (guitar/vocal), Rick Springfield (guitar/vocal), Gregg Bissonette (drums) and Bob Glaub (bass). It was for Bretts new solo album and it was filmed by an awesome film/video production team called Fiery Lakes http://www.thefierylakes.com. Steve and Brett first met on the Mitch Ryder recordings in 1970 but the last time they worked together was on the David Lee Roth album 'A Little Ain't Enough' 1991) Check out Brett's discography. http://www.bretttuggle.com/credits/
photo credits Christina Belle

​LISTEN TO STEVE'S VERSION OF ALBATROSS