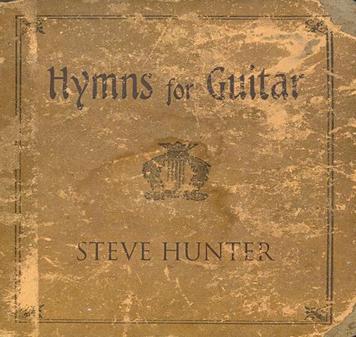 What A Friend We Have In Jesus

Shall We Gather By The River

Will My Mother Know Me Well

Just A Closer Walk With Thee

Produced By Steve Hunter in 2008

What A Friend We Have In Jesus

Steve Hunter recorded Hymns For Guitar in his Hollywood Apt in 2008, against the backdrop of cars, leaf blowers and the ever present LA police and fire sirens.

He wanted to record the guitars on a microphone through an amp but in the end had to use pre amps into Pro Tools.

As a child Steve had grown up going to Sunday Church with his Grandmother and remembers being captivated by the gentle, soft singing of the hymns. He was not so much aware of the meaning of the service at that young age but he certainly felt moved by the melodies of the hymns.  And that was the inspiration behind recording Hymns For Guitars.

The idea of the CD was originally suggested by Bob Ezrin, after Steve had sent him his instrumental version of Precious Memories. Bob loved it and said he should do a whole album like that.

This CD is for everyone who loves beautiful, peaceful instrumental guitar, regardless of religious beliefs.

The guitars are in various tunings and layered to create a pillow of peace.  ​