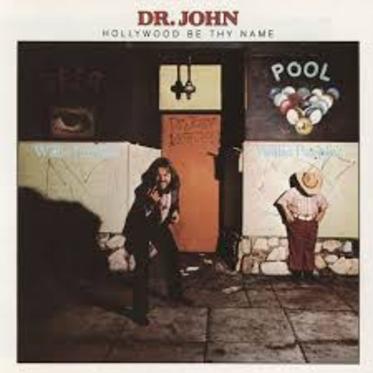 Dr John 'Hollywood Be Thy Name'

Hollywood Be Thy Name is a live album by New Orleans R&B artist Dr. John. It was produced by legendary producer Bob Ezrin.

Dr John is one of Steve Hunter's heroes so he was very proud to have been part of this album.

​He remembers being in the studio with Dr John, who has always called Steve 'The Deak' and sitting at one end of the piano stool as Dr John played. Great memories.

​Steve loves to play rhythm guitar and who better then this to do that with. One of his favorite tracks is where he got to play on the Irving Berlin tune  'Blue Skies'.

Sadly there are no photographs of Steve in the studio or with Dr John but he did bump into him at the Alice Cooper Group 2011 Rock and Roll Hall Of Fame in NY, when Dr John saw Steve he said "It's 'The Deak'!!! "