Help Yourself is the fourth studio album by singer-songwriter Julian Lennon.

Steve is a huge Beatles fan so getting the opportunity to work with John's Son was a thrill. He fondly recalls meeting Julian for the first time and Julian's first words were, "would you like a cup of tea" . Julian is one person he would like to work with again someday and not just for his tea making skills.

He remembers Julian handing him a guitar and saying, "can you tune that up for me" then in passing saying "it was dad's".

Hearing Julian count off songs in his headphones gave Steve goose bumps and he has only good memories of the recording of this album.

​Steve went to the meeting when the label executives listened to the finished product and were clearly unhappy with the end result, they had wanted a more pop style album.

It was a huge disapointment for Julian and for everyone involved. ​

'Saltwater' was a successful single, Steve recalls that George Harrison had come up with something for the first half of the solo and Julian had come up with the second half. Steve's job was to learn both peoples ideas and put them together into one cohesive solo. He used an old 50's Fender Lap Steel for the solo.

Julian Lennon is a huge advocate for World Causes and below you will find links to The White Feather Foundation, he is also a respected photographer so there is also a link to that page. 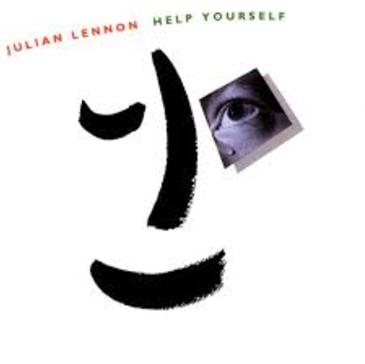