Steve Hunter is well-known for cutting the thrilling solos that energized scores of classic-rock hits. But just like legions of "officially" anonymous and uncredited session musicians who helped birth decades of chartbusters, Hunter was not cut in on the airtime performance royalties for many of those songs.

To right that situation, Hunter's wife Karen embarked on an administrative quest for which she showed as much tenacity and grit as one of her husband's ferocious guitar solos.

Now, thanks to her efforts, Steve Hunter will start receiving royalties for his contributions to Aerosmith's "Train Kept A-Rollin'" in 1974, and Alice Cooper's "Billion Dollar Babies," "Hello Hooray," "Raped and Freezin'," "Unfinished Sweet," "Generation Landslide," and "Sick Things" in 1973. In some countries, those royalty payments will be backdated up to ten years — perhaps a small victory compared to the more than 40 years Hunter has missed out on performance revenue, but certainly a major triumph for the guitarist's reputation, official legacy, and future earnings.

"A London-based performance-rights society, PPL, collects and distributes money for the use of recorded music on behalf of record companies and performers," says Karen Hunter. "There are many countries around the world that participate in this collection process."

Using session musicians was a common practice in the 1960s and '70s, so there are no real bad guys here — that is, unless you count the United States of America, which, according to Karen Hunter, does not participate in the PPL collections.

"If your performance as a session musician is played on the radio or TV across the world, there should be a performance royalty due to you as a non-featured artist," explains Karen Hunter. "In order to make any claims, you need to get an account with PPL, and then learn how to navigate the claims process. Once you enter the name of an artist you have worked with, a search will find any tracks that are applicable, and, even then, some of them will be no longer claimable. Steve has played on quite a lot of records, so my first job was to search and claim all the tracks that he was given credit for on the album covers. For every record I located that remained currently claimable, I photographed the album cover and the musician credits, and then uploaded the evidence for each individual track.

"The challenge really started when it came to tracks Steve had played on that he did not get a visible credit for. In order for PPL to find these royalties for you, they need evidence that you actually played on the record. In Steve’s case, even though it is fairly common knowledge that he had played the opening solos on "Train Kept A-Rollin'" and the solos on several Billion Dollar Babies tracks, I needed to get signed statements of corroboration from someone who was involved with the recording. In this case, it was Bob Ezrin, who produced Alice Cooper's Billion Dollar Babies, and Jack Douglas and Ray Colcord, who produced Aerosmith's Get Your Wings (on which "Train Kept A-Rollin'" appeared). They all took the time to help Steve, and, eventually, I had all the relevant statements to put in as evidence. It remains to be seen what will be paid out, but any performance royalties are welcome at a time when Steve needs it most, as he is going blind with Pigmentary Glaucoma, and touring is now impossible without assistance."

Billion Dollar Babies—recorded between August 1972 and January 1973—is full of great songs, and one of my favorites is “Hello Hurray.” It was very well written (by Canadian folksinger Rolf Kempf), it had a great arrangement, and it had terrific parts played very well by the Alice Cooper boys. But I was taken aback when producer Bob Ezrin suggested a slide part for the song’s solo section. I had tried my hand at slide playing a few times, and I quickly discovered it was much harder than it appeared. I decided to leave the slide stuff to Johnny Winter or George Harrison.

Luckily for me, however, I had spent five years of my youth learning how to play lap-steel (thanks to my father), and I experimented with making my lap-steel technique sound like slide guitar. So I brought a beat up, mid-to late-’50s Gibson 6-string pedal steel to the Billion Dollar Babies sessions. It was a rudimentary design that featured four pedals, each of which could only raise the pitch of certain strings. Today’s pedal steels, by comparison, can bend strings up and down, and are very complex instruments. My poor old Gibson barely worked. In fact, one of the pedal rods was severely disfigured and completely dysfunctional, leaving me only three pedals to work with. I tuned the guitar to an open E, the first pedal to an open A, and the third pedal to an A minor chord, so I would have at least one minor—plus, I could use the relative major/minor chord relationship to get another minor. That was just about the extent of my music theory in those days. With all of its problems, when you plugged the pedal steel into a Marshall half-stack, it sounded amazing—likely due to the fact its pickup was probably a PAF.

Whatever Bob had in mind when he envisioned a “slide part,” it was a pedal-steel performance that he was going to get. We discussed the approach, and settled on a solo and a harmony part. Normally, I’d go into the studio and play until we got something. But “Hello Hooray” demanded a more constructed solo. We plugged the Gibson into a Marshall half-stack, turned up the amp—although not all the way—and I worked out the solo. Then, I doubled the first half and played harmony to the second half. Over the chords immediately following the solo, I pushed a couple of the Gibson’s “chord pedals”— which is what I called them—to follow the progression.

The tone was pretty organic—no effects pedals. I get asked a lot about the sounds we got in the “early days,” but I really didn’t use many pedals, because there weren’t a lot to choose from back then, and I often didn’t like what was available—the Fuzz Face, for example. We did use outboard studio gear such as compressors and EQ, but my guitar tones were primarily from the Volume and Tone controls on the amp, and the Volume and Tone controls on the guitar.

I still love the tone of that old pedal steel on “Hello Hurray.” Unfortunately, I no longer have it. It died a sad death. If I had known then what I know now, I would have at least kept that PAF pickup. Another lesson learned… 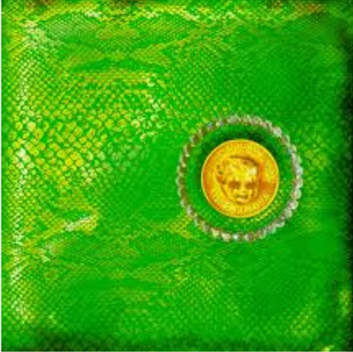 Billion Dollar Babies was recorded in 1973 by the original Alice Cooper Group.

For various reasons, some of which are surrounded by folklore, hearsay and mystery, there were a number of session musicians brought in to contribute to the recording.

​Steve had been a big fan of the original group and had been to see them live a couple of times. He remembers one show where for some reason it popped into his head that he would be playing on stage with them one day. As it turns out, he was indeed onstage at that very venue just a year later but with the by then solo Alice Cooper.

Steve recorded on six tracks of Billion Dollar Babies (Videos Below) but was not officially credited as a guitar player, instead being listed under Special Thanks.

At that time many musicians ghosted on albums without credit and it was only as the years went by and agencies around the world began to gather royalties for digital airplay and radio play for side musicians, that the lack of official album credit was a problem.

Some 42 years later that omission was corrected by Steve's wife Karen Hunter.​​

Solo At The End

Sometime in 1972, I think it was, I found myself in the control room of the New York Record Plant’s Studio A with producer Bob Ezrin, Alice Cooper, and guitarists Michael Bruce and Glen Buxton, listening to the playback of a song called “Sick Things” from the group’s Billion Dollar Babies sessions. I was a bit nervous, because I really wasn’t sure what or where I was going to play. If you’ve heard the piece, you know it’s a pretty scary-sounding song, but imagine hearing it for the first time in the early 1970s, and you can certainly imagine how I felt. After the playback, Bob said that he wanted me to play only during the outro, and he wanted something in a “Clapton/Cream-style blues.” That made me relax, because I was a huge Cream fan, and I had already “borrowed” several of Clapton’s licks and phrases for my session work.

In those days, recording guitars was a pretty simple job. I took out my ’60s SG with real PAF pickups (of course, in those days, nobody really cared about that), and plugged straight into a Marshall half-stack. (I can’t remember if it was a 100-watt or a 50-watt, though I preferred 50s.) This was the old four-input head, which I still prefer today. Sometimes, I did jumper the two channels together, but on this occasion, I remember plugging straight into the second channel— which I preferred, because it was a bit warmer, and it seemed to sing more.

Miking was a little more elaborate than it often is today. Usually three mics were used. A Shure SM57 was positioned close to one speaker in the 4x12 cabinet, a Sennheiser MD 421 was placed out from the cab at a distance of about five to eight feet, and a Neumann U87 was put on a tall boom stand and raised up quite high—as well as placed quite a distance from the cab—to pick up the overall room sound. Those three mics were then blended together in various ways to get the final guitar sound.

Bob ran the track a few times, and I did some passes, and then came into the control room to have a listen. I wasn’t really sure if what I had played would work, but when I listened back, I was amazed at how well Cream-style blues fit into that particular track—especially because of how very heavy the song was.

Everyone seemed very happy, and I learned a valuable lesson that has stayed with me throughout my career. What I realized was that if I could play blues over a solo section, I could come up with all sorts of different lines and variations. I think that’s when I first became very aware that I was a blues-based rock guitar player. It was quite a liberating revelation, and it always worked for me no matter the situation. As I was madly in love with the blues anyway, it was awesome to realize that the blues had become such a big part of my playing.