Rock n Roll Animal is a live album by Lou Reed, released in 1974. In its original form, it features five songs, four of which are Velvet Underground songs. They are all re-arranged into what will later be called a powerful glam rock set.

Steve used a 59 TV Special through a Hiwatt head and an MXR Phase 100.

He no longer has the guitar.

Review By Rolling Stone At The Time:

Paul Nelson of Rolling Stone magazine was in attendance that night and recalls: "As it happens, I had seen Reed and a mediocre pickup band at Lincoln Center some months earlier in his first New York non-Velvets appearance and he was tragic in every sense of the word. So, at the Academy, I didn't expect much and when his new band came out and began to play spectacular, even majestic, rock & roll, management's strategy for the evening became clear: Elevate the erratic and unstable punkiness of the centerpiece into punchy, swaggering grandeur by using the best arrangements, sound and musicians that money could buy; the trimmings, particularly guitarists Dick Wagner and Steve Hunter, were awesome enough so that if Reed were merely competent, the concert would be a success.

​Interview With Gibson Guitars: The Intro was your composition?

That’s right. It’s sort of a long, weird, convoluted story. I actually started writing that piece when I was in Mitch Ryder’s band, in Detroit. I wrote a couple of bits of it, and then put it on the back burner, and then kept returning to it every once in a while. My intention was to write a whole song. It became an intro because Lou’s manager came to us while we were rehearsing the tour, and asked if we could play something would serve as an opening for Lou to come on-stage. We messed around with a few things, and finally I said, “You know, I’ve got this piece I’ve been working on. Maybe we can make something happen with it.” I showed it to the band, we all started playing on it, and it just sounded great. While we were touring in Europe, the intro actually opened “Vicious.” It was only when we got to America that Lou wanted to open with “Sweet Jane.” It just so happens that both songs are in similar keys. “Vicious” is in E Minor and “Sweet Jane” is in E Major, so the intro worked without having to change anything. We just adapted it for “Sweet Jane.” I had written the framework and the opening lines, and from there we improvised our parts. We played it differently every night. Some nights it was better than others, but it was always a lot of fun to play. 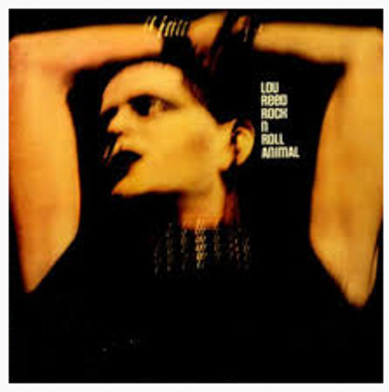 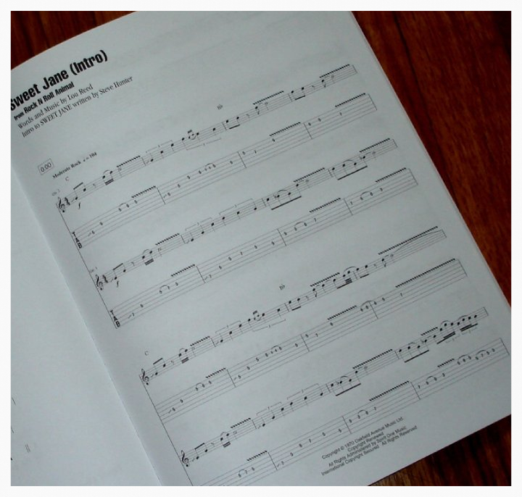 Before the album was released Steve was 'persuaded' to sign away all his rights as the composer in the USA, his choice was simple, sign or 'Intro' would be cut out. Despite his name being on the album as composer from the release date, he did not begin to get any royalties as the writer until 2011. The statute of rights only goes back seven years, so 38 years of income was lost. 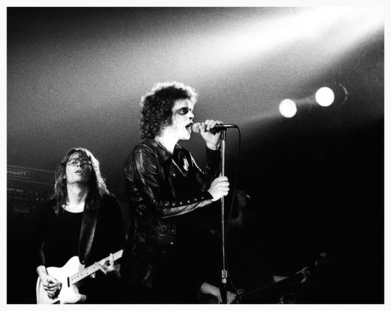 If your speakers are wired correctly and positioned L/R correctly, Steve should be on the right which was his normal position onstage.

For some unknown reason there are some re issues that have Steve and Dick reversed in the mix. However Steve will still be the dominant guitar. 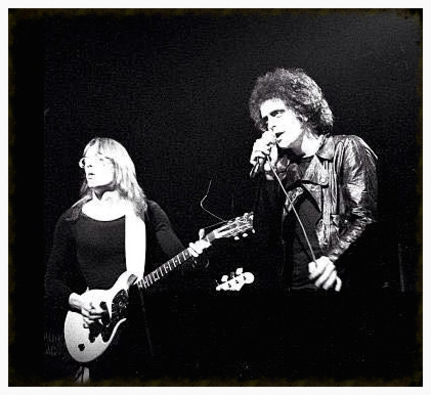 As with Steve's solo on Aerosmiths 'Train Kept A Rollin' in 1973, his work on 'Intro' has been transcribed and analyzed many times over the years.

Ryan: You get asked a lot about the seminal intro on the live version of “Sweet Jane” on Lou Reed’s Rock ‘n Roll Animal album. My understanding is that you had previously worked up something similar during your time with Detroit and also The Chambers Brothers, is that right?

Steve: That’s exactly right. I started writing it when I was with Mitch Ryder in Detroit in around ’71. I had started working on it; it was just one of those things where I figured it would be a fun little thing for me to play and noodle around with and eventually something might come of it. It didn’t matter because it was fun to play. I must have been thinking of The Who or something like that when I first started writing it. I wanted to write something like Tommy. Anyway I was working on it. I had shelved it a couple of times and then a couple of years later I was out on the road with The Chambers Brothers and they wanted something to start the show with. I said “Well I have this little piece that I’ve been working on, maybe we could do that?” We did a shorter version of it, which would bring them out onstage and it was very cool. Then I shelved it again after that. It wasn’t until we did the Lou Reed live tour; Lou’s management had called Dick (Wagner) I think, because he was the leader of the band, and they said “Look, we need something to get Lou onstage. We need you to jam on something”. Dick told them we would work something out. We tried a bunch of different things and finally I said “Well, I’ve got this thing”. I had worked on it and added the melody lines and had made a couple of changes in the progressions and stuff. I played it for the band and we worked it up and man it sounded great. It was like the best it had ever sounded. I wasn’t sure I had liked it up until that point. I figured it was just an exercise in chord progressions, but the way that band played it, it just all of a sudden lit up. We did a slightly different version in Europe than we did in America, because in Europe we started the show with “Vicious”. It just so happened that “Vicious” is in the same key. It was in E minor and “Sweet Jane” at the time was in E. So they worked coming out of the intro, but with slightly different tempos. In America it became the intro to “Sweet Jane” and of course it was recorded and all that stuff.

'The Lou Reed Songbook: Six Strings and the Words'