Another pivotal album for Steve Hunter, Welcome To My Nightmare has become a classic.

Steve has many good memories of not only the recording but of the tours that followed.

His memories of working with Alice Cooper between 75 and 79 usually start with how funny and smart Alice was and that he drew out the fun in everyone around him with his sharp and at times obtuse wit.

​The band was determined to make every show the best they could make it and everyone from the dancers (including Alice's wife Sheryl) to the crew felt the same. There was great comradery during those times, the world was their oyster, they worked hard and they played hard.

Steve did have to jump ship in 1977 whilst he was touring with Peter Gabriel so he missed the Australian tour.

​He played his beloved Gibson TV Special (that had been modified by that time) for about half the tour but after the neck broke he moved to the BC Rich Seagull. All through a Marshall Half Stack. 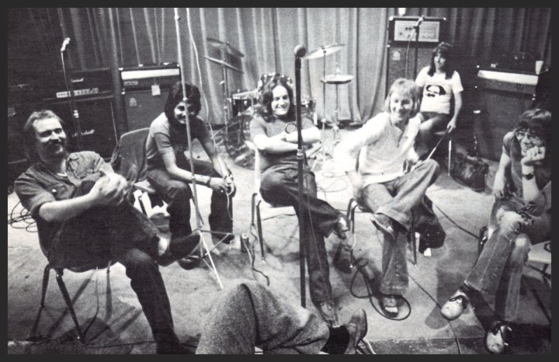 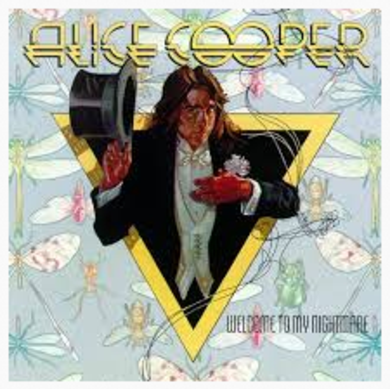 ​Alice Cooper 'Welcome To My Nightmare' 1975

“Some Folks” was another brilliant performance by Alice Cooper on his Welcome to My Nightmare album, and, yet again, one with some crazy, wacky, and hilarious lyrics. I did all the solo-y bits on this song. Producer Bob Ezrin would often have me do all the solos on some tunes, then co-guitarist Dick Wagner would do all the solo stuff on others, and on a few tracks, we would trade solos. I think Bob’s approach was about keeping the vibe and character of each song unique.
I had fun playing this song. For one thing, I love shuffles. There’s just something wonderful about playing against a swing feel. Second, it’s a great progression for playing blues/rock over, because it’s very wide open with lots of freedom. What made “Some Folks” even more fun was its haunted cabaret feel. It’s almost as if you could have heard this tune playing at Disneyland’s Haunted Mansion.
I came into the studio on one of my off days when Alice wasn’t working, because I figured if something was going on, I could learn something. The recording process fascinated me, and I wanted to learn as much as possible about it. So that day, Jack Richardson, who had produced all the Guess Who records, was listening to a playback of some guitar overdubs. There were some really cool phrases going on, and I asked Jack about the guitar player. He told me it was Domenic Troiano, who had replaced Randy Bachman after he had left to form Bachman Turner Overdrive. Domenic was a brilliant player and a great guy. Sadly, he passed away several years ago, but he is worth checking out. At the listening session, I loved his use of sixths and thirds in a rock/pop context. I mention this, because Domenic was the inspiration for some of the phrases I used on the verses to “Some Folks.”
When it came to the actual solo, I wanted to do something really different than a jammed-out blues solo. As I was listening to the playback, it hit me—George Gershwin! I was then—and still am now—an enormous Gershwin fan. His writing and chord harmony has always blown me away. As soon as I started thinking “Gershwin,” the solo just came straight out. I wanted it to be sassy and sexy like Gershwin, and I think I got pretty close. I was really happy with the results.
It always amazes me where inspiration can come from, and how it can pull a solo straight out of your soul and fingers. This is one of the countless reasons I love the guitar so much.

Welcome to My Nightmare is the eighth studio album by Alice Cooper, released in March 1975. This was Alice Cooper's first solo album (all previous Alice Cooper releases were band efforts), and his only album for the Atlantic Records label. The ensuing tour was one of the most over-the-top excursions of that era. Most of Lou Reed’s band joined Cooper for this record.

It is a concept album; the songs, heard in sequence, form a journey through the nightmares of a child named Steven. It inspired the Alice Cooper: The Nightmare TV special and a worldwide concert tour in 1975, and the Welcome To My Nightmare concert film in 1976. A sequel, Welcome 2 My Nightmare was released in 2011.

The cover artwork was created by Drew Struzan for Pacific Eye & Ear. Rolling Stone would later rank it 90th on the list of the "Top 100 Album Covers Of All Time". The remastered CD version adds three alternate version bonus tracks. Famed film actor of the horror genre Vincent Price provided the introductory monologue in the song "The Black Widow". ​

BACK TO DISCOGRAPHY
BACK TO TOP 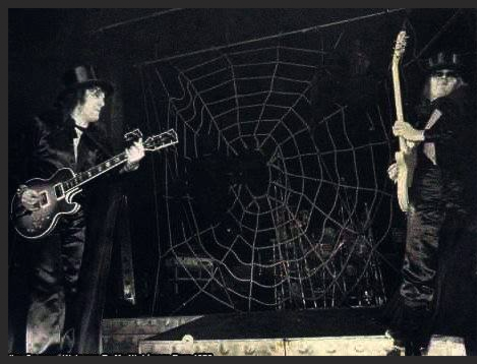 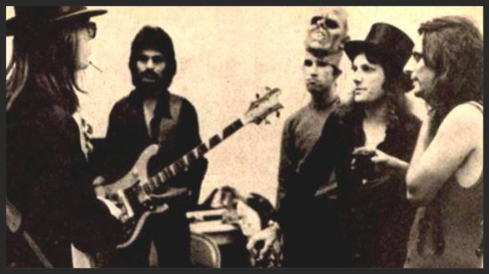