One Night in Baghdad

All Tracks composed by Steve Hunter except 'Flying'.

There had been many years between the recording of 'The Deacon' and 'Short Stories', In that time Steve had been diagnosed with Pigmentary Glaucoma and struggled with the practical affects of the gradual loss of vision. He had to stop driving and became somewhat of a recluse.

He was still recording music but for very small film projects and the occasional session. All the short pieces he had recorded for clients were still under his control so alongside recording the Hymn CD he worked on those short bits of music until they were in good enough shape to release.

Steve was and is a huge fan of Edgar Alan Poe so the idea of telling a short story with each piece of music appealed to him and so that became the title of the CD.

​He knew he needed to get some new music out to the public and both Short Stories and Hymns For Guitar were his way of getting back into the consciousness of his fans.

By now he had met and married Karen and between them they began to learn the ropes and navigate through the new demands of manufacturing, marketing and digitalizing music.

There are a couple of important tracks on this album. Firstly, 'Nylon Cafe'. This was the track that was sent to Karen in the UK by her friend, the late Pete Haycock (Climax Blues Band). Pete introduced Karen to Steve via 'Nylon Cafe after suggesting to Steve that Karen might be able to come up with some lyrics and a melody for it.

Steve never did go for that idea but he did like the idea of talking to Karen and they began their relationship via MSN and phone calls across two continents until she was able to move over to the US in 2007.

Secondly there is 'Blue' which was used in a documentary called 'The Boys Of Christ Child House' produced by The Detroit Free Press. This documentary looked at the plight of a group of young boys in Detroit with no family or home, troubled boys who found hope in Christ Child House. The documentary won an Emmy for which Steve has his own plaque and more importantly it resulted in every boy featured getting a new family. 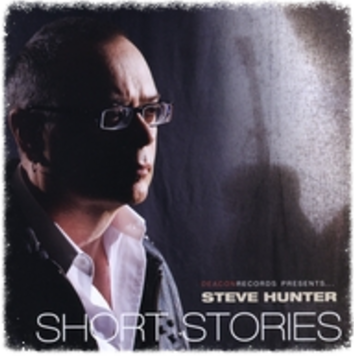 BACK TO TOP
View on Mobile