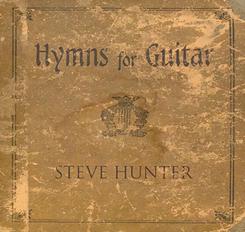 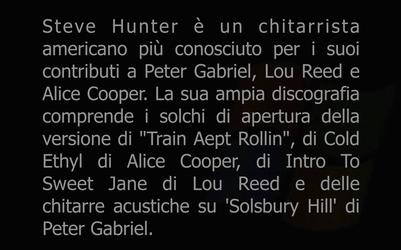 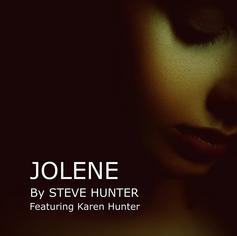 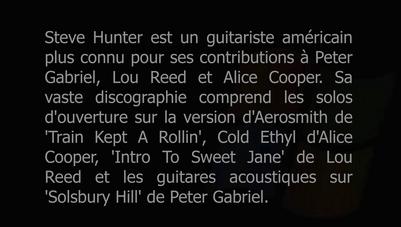 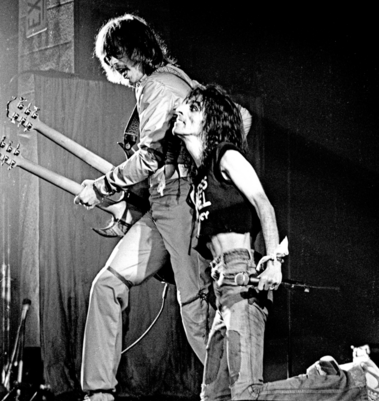 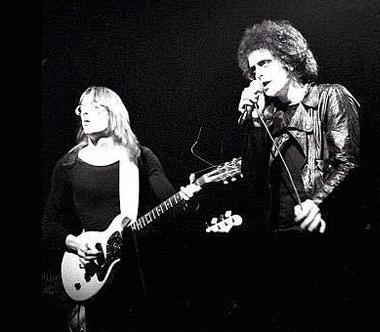 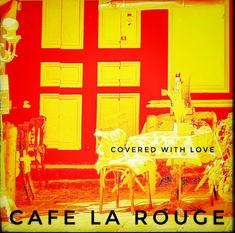 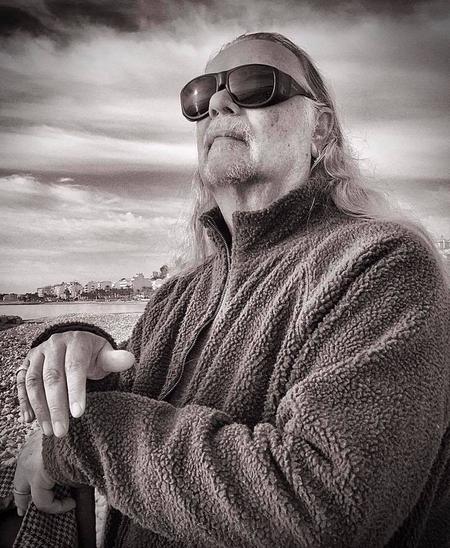 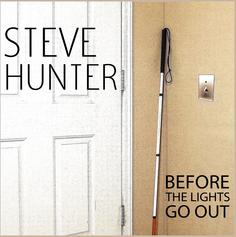 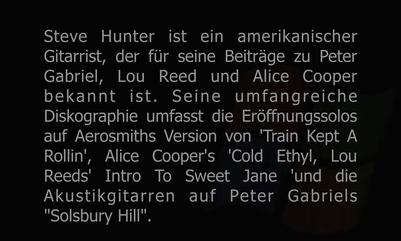 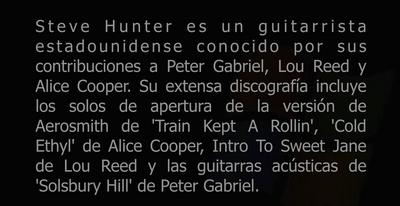 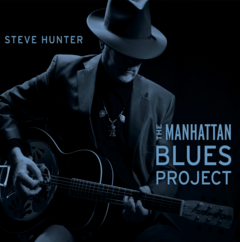 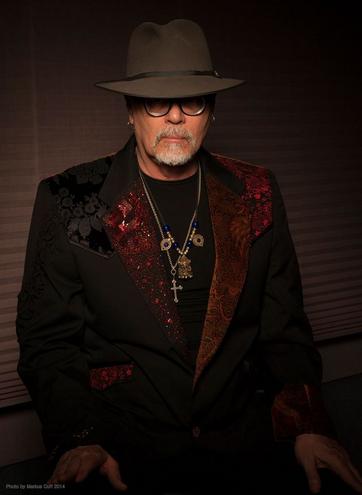 Peter Gabriel
"Steve is a wonderful musician with great chops and a big heart. He has a very individual style - free flowing and fluid. His playing on 'Solsbury Hill' was a real signature for the track, and it has always been a great pleasure working with him."

Steve Vai
"The soulful notes that Steve Hunter plays have the perfect balance of fat warm tone, taste and personality. They would make a beautiful cool mountain lake under a full moon."

Joe Satriani
"Steve Hunter is a great guitarist; and his influence on the American rock guitar style is huge. Over the years his tone and unique approach to solo and ensemble playing has become synonymous with classic rock guitar. Steve has a way of playing that always enhances the track, elevates the vibe and puts a smile on my face."

Bob Ezrin
“In my opinion Steve Hunter is the greatest lyrical guitarist in America. His tone is majestic and his sense of melody is unrivaled.”

Richard Bennett
"Anybody who's musical taproot goes from Jerry Byrd to Ted Greene as well as being a legendary rocker, is A-OK in my book. That's my friend Steve."

Dennis Dunaway
“Go ahead, try to find the tiniest thing that you don't admire about Steve's personality or any note he's ever played. It's impossible.”

Lesley West
"I always knew Steve to be a really good guitarist, till I did the Night of Guitars, then I realized he was no longer a good guitarist, but a Great F'n Guitarist."

Steve Lukather
"Steve Hunter is one of a kind and a trailblazer of the hybrid of blues and what is now 'classic rock'. His unique touch and soulful style and original fat tone has been and IS an inspiration to all us guitar heads"

Tony Levin
"Steve Hunter is one of the premier guitarists on the rock scene. From our days touring with the Peter Gabriel Band, we've been good friends and I'll always admire his musicality.”

Alice Cooper
‘I Am Made Of You’ "This is just the best solo ever, maybe on any of my albums."

Seymour W. Duncan, Founder Seymour Duncan Pickups
"Steve is the consummate tone guy. His resume reads like the play list from a Classic Rock radio station. And in every case, and with every artist he plays with, Steve's guitar tone always supports the song. I'm honored he uses my pickups."

Jason Becker
"Steve is a huge inspiration to me, both musically and as a person. His lessons made me a better guitarist and musician. His music has so much soul, it often brings tears to my eyes. He is a true artist. Some of the most fun times in my life were spent with him. I feel so lucky to know him."

Robby Krieger
"I met Steve years ago when we were both on the IRS run by Miles Copeland. We both had done solo records for the label. Miles had this great idea to have a label dedicated to guitarists only and it was called No speak... (no vocals) pretty cool. So we got a tour of Europe together for the guys on the label, i think the tour was called Night of the guitar. We had Alvin Lee, Steve Howe, Randy California to name a few. But I was always intrigued by Steve Hunters playing. He wasn’t a shredder so much as real tasty. I always loved to watch him do harmonics up high on the neck. But the main thing was that he was the nicest of all those guys, easy to hang with too. After about 20 years of not seeing each other , we met at an Alice Cooper rehearsal last year and caught up. Was great to see him and we got to jam together at the whiskey with Alices band. Thank you! "
​ 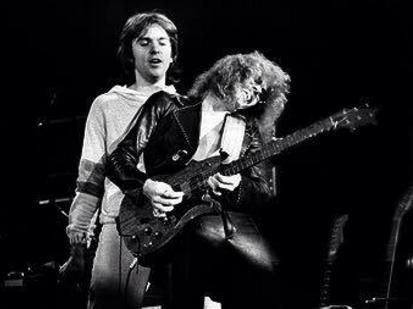